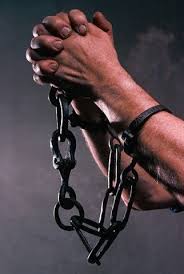 Today’s reflection is for the Fourth Sunday of Advent, December 22, 2019, and the readings can be found by clicking here.

On this Fourth Sunday of Advent, we look closely at whether or not we follow God’s will or our own…really. Joseph, a righteous and good man, discovered that his betrothed was with child–shocking, and sad, to be sure. I am entirely confident that Joseph looked forward to marrying Mary, taking her into his home, and even his bed, and having children one day. It was my hope as a man, and it was probably Mary’s hope as a woman as well.

Of course all that changed for Mary when an angel of God appeared to her with other plans for her life. She gave her “yes” to God and by the power of the Holy Spirit Jesus, the Savior, was conceived in her womb. Any hope and dreams that she might have had for children with Joseph became a distant memory. Joseph is soon not mentioned in the Gospel accounts, and at Jesus’ death, the Apostle John took Mary into his home–unthinkable if she had other children or a husband still alive. No, Mary’s yes to the angel that day would be a sacrifice for the rest of her life. No longer her life, but her God’s.

Joseph too had a difficult decision to make. Mary’s “yes” demanded that he had a choice to make too! Her obedience to God’s will demanded a question of his own obedience too. The angel visited him to say that not only should he not leave Mary quietly, he must embrace her, take her into his home, raise a child that was not his own, and he didn’t even get to name the boy. He too obeyed God, doing God’s will and not his own–a shocking testimony to his willingness to give his life to God. No longer his own life, but His God’s.

This is precisely what St. Paul’s refers to in the second reading today, and is no less an expectation for us today. The “obedience of faith,” to which he refers means that our life is no longer our own. Obedience of faith means first and foremost that we obey. Period. God wants it, we do it. End of discussion. Regardless of cost, we’re in. And St. Paul was all-in and entirely on board with that kind of commitment to his God and Savior, Jesus Christ.

Is it any wonder he begins his letter with a title that would certainly fail to impress anyone on Game of Thrones, he calls himself, “Paul, a slave of Christ Jesus.” What a title! Unlike the sadness, pain, and suffering of forced slavery, however, the slave of Christ chooses to be obedient. There is no less sacrifice, no less suffering, but the difference is that the slave of Jesus Christ sacrifices voluntarily and with joy in his/her heart. The reward is eternal salvation for all who are obedient from the heart.

Jesus doesn’t promise his slaves a rose garden, but he does promise to be with them in it. And to be honest, I don’t know about Mary and Joseph, but the greatest joy that I find in being a slave of Jesus is not only the promise of future glory, but rather present life, love, joy, and happiness. My joy in obedience is seeing others grow closer to God through my witness.

And that must have been what empowered Mary and Joseph as well. As difficult as it was for saints Mary, Joseph, and Paul to surrender to slavery to God and to the obedience of faith, and no less difficult for us as well, our “yes,” our obedience, and our slavery advances God’s kingdom and brings salvation to the world.

If we don’t do anything else in this life other than bring the good news of salvation to others then our life would have been well-lived. In fact, we would be counted among the saints. Slavery = Sainthood. That’s awesome.

So, like Joseph, when we wake let us always do what the angel of the Lord commands us to do, namely, take Mary into our home and obey.

I am a Catholic Deacon in the Diocese of Stockton, assigned to Our Lady of the Assumption Parish, in Turlock. I earned my M.T.S. from F.S.T. at the G.T.U., at Berkeley. I am the Principal at Crowell Elementary School, in Turlock, and I live in Denair with my wife and two sons. View all posts by Deacon Stephen

I am a Catholic Deacon in the Diocese of Stockton, assigned to Our Lady of the Assumption Parish, in Turlock. I earned my M.T.S. from F.S.T. at the G.T.U., at Berkeley. I am the Principal at Crowell Elementary School, in Turlock, and I live in Denair with my wife and two sons.